Repossessing cars in 2021-2022 is nothing new, but the statistics on this auto activity are a bit different this year. Take a look.

The number of vehicles repossessed every day is 5,418. That’s 226 cars an hour, 3.76 cars per minute. Repossessions are on the rise when compared to previous years. Source

Billions of dollars fill the repossession industry right now. That is expected to grow and almost double by 2025 especially to people that need to ‘sell my exotic car’. The trend has been continuing upward for several years now. Source

Consumer cancellation refunds on automobiles is expected to hit $4 billion in 2021, with 2.2 million cars repossessed. A lack of consumer understanding regarding repossession and consumer cancellation policies contributes to consumers’ inability to prevent repossession and loss of both money and vehicles. Consumers should educate themselves on the laws regarding these issues at the time they decide to purchase a vehicle. Source

There are 11,000 active repo firms in the U.S. right now. Every one of those firms is busily collecting vehicles from consumers who have failed to make timely payments. The repo firms create 17,000 jobs from which people earn a very steady income. Because of the lucrative nature of repossession of auto vehicles right now, more new repo firms and more new jobs are expected to be created in the next few years. Source

Repossessing vehicles doesn’t just happen during the day. Overnight repo services are working overtime to find vehicles and take them. A recent repo rate for overnight repossessions rose to .06 percent, which is almost one and half times higher than the previous week. Source

At the beginning of 2021, specifically in March, repossessions were down. The continued stimulus packages and high unemployment benefit packages allowed people to make payments on cars. The rate of repossession in that month had dropped by 20%, but it was very short-lived. Source

Auto loan delinquency rate, which averaged 4.35% across all states in June 2021, reflected a miniscule drop and an evening out of that rate. The rate has been holding rather steadily for a few months, which could indicate that America is bouncing back from the financial devastation initially caused by the COVID pandemic last year. You can check to see which states have higher auto loan delinquency rates, which subsequently dictate higher car repossession numbers as a result.  Source

All of the stats point to the fact that repossession business is booming (and good for those who repo cars). Stats also suggest that like the numbers on your bath scale, tiny changes create swings in the stats up or down. A long term prediction of what will happen in the next five years in this industry is generally based on what has occurred in the last five to ten years. However, that could change if something quite drastic were to occur in the global economy and world finances.

Car dealers regularly look at these stats to determine if they should be selling cars to just anyone. They need to know if the market will result in record sales where the cars will be paid for, or if consumers will default on their car loans as a direct or indirect result of the current economy. They have to make choices on whether or not to sell a lot of cars and hope they don’t get all the cars back, or sell a few cars and rely on the current stats and statistical trends that say the few cars sold will not be returning to the lot unless they are trade-ins many years from now.

Banks and lenders also have to look at repossession stats as a way of determining how many cars they may have to repossess and then sell to another consumer at a discounted rate or for the remaining loan balance. Since the idea is to avoid having to resell a car that has been repossessed, banks and lenders are looking to see if consumers are able to pay for the loans/cars they want. A prior history of having a car repossessed also tells lenders that they should be wary of a consumer looking to take out another car loan.

Without another stimulus package and the loss of many unemployment benefits, it’s likely that many more consumers will default on their car loans and have their vehicles repossessed. The saving grace of many car owners during the pandemic has been the huge government bailouts with large sums of money. Unfortunately for all of the people that either bought a car in 2019, 2020, or 2021, they may not have a car by the end of 2021 because they can’t get work or because other factors impede them from paying their car loans. The banks are going to have to resell a lot of repossessed cars as a result. 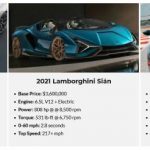